Not always heralded as a tourist destination, Germany is in fact one of the most varied, historic and cultural countries in Europe. The stunning rural scenery and natural landscapes are contrasted by cities that combine both thousands of years of history with some of the most forward thinking cultural scenes in the world. Occupying a central position at the heart of Europe, Germany also dominates the political landscape as the largest member of the European Union.

The urban centres are arguably driving Germany forward as a must-see stop on your itinerary. Berlin epitomises this creative driving force, shaking off its troubled past from WWII to become one of the most dynamic world cities. The history is still there - from the Brandenburg Gate and Berlin Wall to the Jewish Memorial and Reichstag Building - but is now joined by contemporary art, cutting edge restaurants and incredible nightlife. Germany’s second city, Munich, is likewise flourishing as a European hotspot, and not just for the Oktoberfest beer festival - the Bavarian metropolis also offers plenty of world-class museums, galleries and architecture.

Beyond the cities, Germany has striking natural beauty to rival any of its neighbours. The stunning Neuschwanstein Castle is a nineteenth-century Romanesque Revival palace that has appeared in many Hollywood movies and was the inspiration for Disneyland’s Sleeping Beauty Castle. Winding it's way from the Swiss border in the south to the border with the Netherlands in the north-east, the Rhine Valley is a picturesque glacial alpine valley that cuts between hillside castles and rolling vineyards, providing some of the country’s most dramatic landscape. Whether you are looking for urban culture or dramatic countryside, Germany is sure to not disappoint. 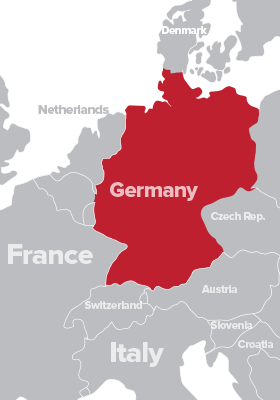