From 200 passengers in 2005, to over 17,000 passengers per annum in 2019, today Expat Explore offers over 50 tour packages to destinations across Europe, the UK, the USA and Canada, Asia, Africa, the Middle East and South America. Since its first tour, Expat Explore Travel has been conducting expert-led coach tours to Europe and the UK. Expat Explore began with two South African travellers who wanted to share their knowledge and travel expertise with the world.

Providing people with once-in-a-lifetime travel experiences, at an accessible price and delivered to the highest possible standards, has been a focus of Expat Explore from the beginning. Over the years, thousands of passengers of all ages and backgrounds have explored the world’s most enticing destinations with us. We’re proud to be celebrating over 10 years on the road.

Take a look back on the journey so far:

In 1997, Carl Cronje departed for a tour to Europe. As a 20-year old, Carl was lucky to win a return ticket with British Airways to any place in Europe. He chose one destination where he knew he would be able to see the most in a short space of time - Paris, France! Travelling with a friend, and having only the time over spring break to explore (on a very limited budget), they traversed Paris by foot for eight full days. Needless to say, by the end of the trip Carl knew Paris like the back of his hand! The following year, Carl returned to Paris, bringing two more friends and acting as their personal guide through the city. After this encounter, Carl knew wholeheartedly that he wanted to follow his number one passion - travel.

Around the same time, Jakes discovered Europe and the UK on a university scholarship.

Jakes wanted to travel the world straight after school, but his dad insisted that he finish his stint at university first (something he is very thankful for today). Later in his university life he was lucky enough to get his first real exposure to Europe on a student scholarship. This triggered his passion for history; especially European history and how it influenced the rest of the world.

2002-2003: Carl & Jakes arrive in London as expats
In late 2002/early 2003, Carl and Jakes arrived in the UK after graduating from university, seeking adventure and opportunity to travel before committing to full-time employment. Neither of them expected that they would continue to do so to this very day! 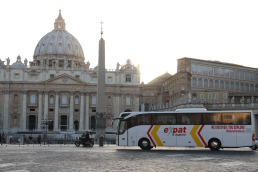 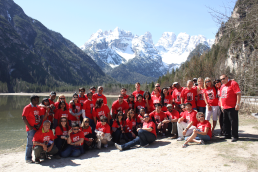 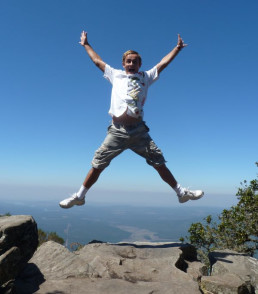 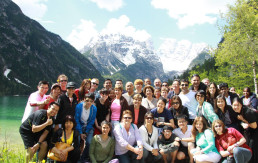 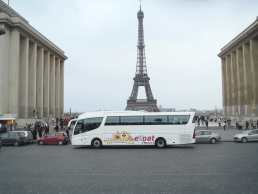 October - December 2004: The start of Expat Explore
Jakes and Carl knew each other obliquely as student leaders in SA before meeting up as expats working in London. Towards the end of 2004, Jakes had a placement at a recruitment and tax administration company. Wanting to expand to visa services, he met with Carl, who was designing and conducting tours for his friends.

Exploring was something both of them were (and still are) passionate about. So, given the similarities in what they both wanted to do, Carl’s creativity, Jakes' business acumen, and their mutual passion for adventure, they took the plunge and started Expat Explore.

The first step was getting approval from the French Consulate in London to allow them to process Schengen visas. Confident that it would work, Expat Explore was officially “launched” (without any real tours and services) by having a party for all friends, family members and acquaintances in Canary Wharf.

January 2005: First office opens in Bromley
The first office was a 16m2 space in Bromley, London, that Carl, Jakes and one additional staff member shared with another company. Carl used a bookshelf as a desk for the first three months - truly humble beginnings. The office then moved to Canada Water, the area we’re still in today.

24 to 27 March 2005: First official Expat Explore trip
Together, Carl and Jakes streamlined a weekend tour program that offered weekend trips to Paris. With previous experience in part-time weekend tours (which they ran twice a month throughout 2003 and 2004), Jakes and Carl knew all the best ways to explore Paris on foot, as well as the shortcuts on the underground Metro trains. Jakes and Carl were the first ever tour leaders for Expat Explore, and alternated weekends to lead the groups. They wanted tours to focus on history, and made an effort to learn everything about the regions and cities included on their tours.

The first official tour was held over Easter weekend in March 2005. The tour ran from Friday to Monday over the course of 4 days and 3 nights, at a cost of £129. 42 people signed up for the tour and guests stayed over at the Ibis Budget La Villette hotel - a hotel we still use on occasion today.

Back then, the National Express was used as a primary mode of transport. Groups departed from Victoria Coach Station late on Fridays, and travelled overnight to Paris. After a packed weekend itinerary, they caught an overnight bus back to London to arrive bright and early on Monday morning - just in time for a shower and breakfast before getting back to work!

From the very start Jakes and Carl knew that the secret of successful tours lies in knowing and understanding the passengers and their needs. 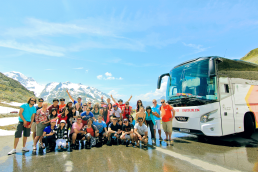 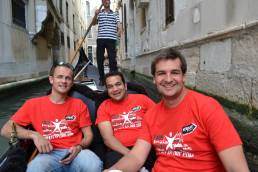 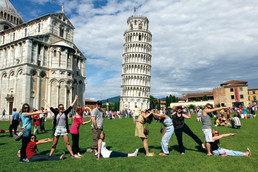 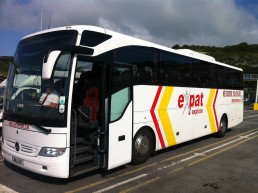 2005 - First year of Expat
After the first year, Expat Explore had become a well-established name among the expats living in London. In total, 12 Paris weekend tours departed in that year, along with four Amsterdam weekend tours. By the end of that year, hundreds of travellers had travelled with Expat Explore.

July 2007 - First 12-day Europe Escape tour departs
The first 12-day tour (called Europe Escape) departed on 22 July 2007 with 26 guests aboard. This was the start of a permanently scheduled tour program, and also the beginning of one of Expat Explore’s most popular tours to date.

May 2014 - Regional Tours
To expand on the multi-country European tours Expat Explore already offered, new in-depth regional tours to the United Kingdom, Italy and France were added. The first regional tour was the 8 day Taste of Italy tour that departed in May 2014 with 23 passengers. The itinerary included wonderful destinations like Rome, Lake Garda and Tuscany and continues to do so to this day.

2014 - Making Travel Possible
In 2014, Jakes and Carl made the decision to offer Expat Explore passengers the promise of a tour made for everyone. So, if you’re a solo traveller, a group of friends or a family travelling together there is no minimum number of passengers - every tour will depart.

May 2015 - Alpenrose Hotel & Gardens opens its doors!
In the summer of 2014 a hotel in the Jungfrau Region of Switzerland came up for sale. Frequent travellers to Wilderswil and surrounds, Carl and his partner Ryan fell in love with the beauty of the Alps and purchased the hotel. Renovations started in 2015, and after it was completed in a record time of six weeks, the new Alpenrose Hotel & Gardens opened its doors for Expat Explore guests in May 2015.

2017 - Celebrating over 12 years of travel excellence!
By 2017, Expat Explore had grown to even bigger heights, welcoming over 15 000 passengers per annum. With 31 tour leaders on the road, leading passengers to over 35 countries on more than 50 different tour itineraries, Expat Explore has established itself as one of the best Europe tour operators around.

Now celebrating over 15 years of travel excellence!
Over 15 years later and Expat Explore’s passion for travel is growing stronger and stronger and we know in our hearts that travel is #BetterTogether. In 2019, over 17,900 people travelled with Expat Explore - making the most of our affordable, convenient and fun group tour offerings. Our tours have expanded to include destinations in Europe, the UK, the USA and Canada, Asia, Africa, the Middle East and South America; making travel possible around the world. 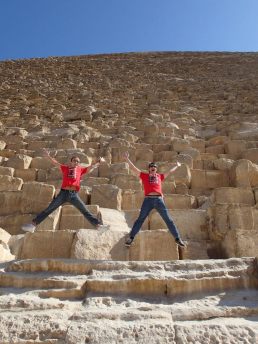 Get exclusive deals, be the first to know about new tours and get all the travel inspiration in your inbox!